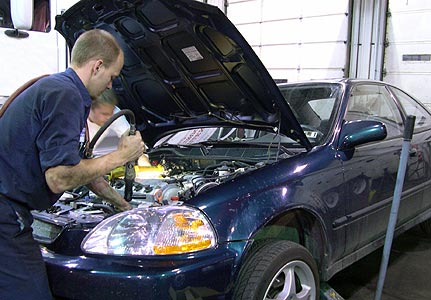 There are car problems that need an easy process to be fixed. Like if the radiator hose of your car is cracked, you can easily replace it with a new one. But the cracked engine block is not the one among them all. It’s like hell difficult to fix the cracked engine block. Car’s engine is like the brain of the car if the engine of your car is cracked it’s like it’s of no use anymore. It cannot be changed and we cannot do anything in order to fix it.

What is the crack engine block?

The engine block is a cover that has many small components in it, which individually operate and perform different functions to make the engine run efficiently. Those components also have a cylinder which is very essential for power generation.

There is a crankshaft that performs the function of the conversion of linear energy into a rotational one. This is the process that empowers the wheel to keep moving. It also has pathways for coolant and fluid transmission. Coolant helps in maintaining the optimum temperature of the engine to prevent overheating.

Engine block contains several components including all mentioned above and many other components. Its construction is done in such a way that it’s not at all easily breakable hence the toughest material is used while constructing the engine block like solid bars of the iron etc. They are very heavy thus in some cases it is replaced by aluminum alloy.

A cracked engine block is not at all a small issue. As it works as the protection for the rest of the engine components thus when it is broken everything will be open to the environment and will tear off even with a small disturbance.

Overheating of the engine:

A block engine crack leads to leakage of coolant through that crack. Therefore, the engine overheats because of a rare supply of coolant which helps in the prevention of overheating. It might be noticed that white hood changes into red hoot indicating the increase in the temperature.

If there is white milky like substance accumulated near the cap of the engine it indicates the mixing of oil with the coolant. Pathways of engine oil and engine coolant are different and distinct from each other because its obvious that oil and water cannot be mixed to perform functioning normally.

Thus; when there is a crack in engine block it can lead to leakage of coolant pipe into oil one causing the mixing of both.

Engine blocks of modern cars do not crack easily. if you ever face one must contract the manufacturer company to help them inspect improve their performance and working. High temperature can cause denaturation of engine components however metals last long. But they also denature when they cross the optimum level of stress.

We hope this article was useful to you. now as you are thoroughly aware of all the signs and symptoms of the engine block thus if you ever face one, reach out to your mechanics place to fix the problem as soon as possible.